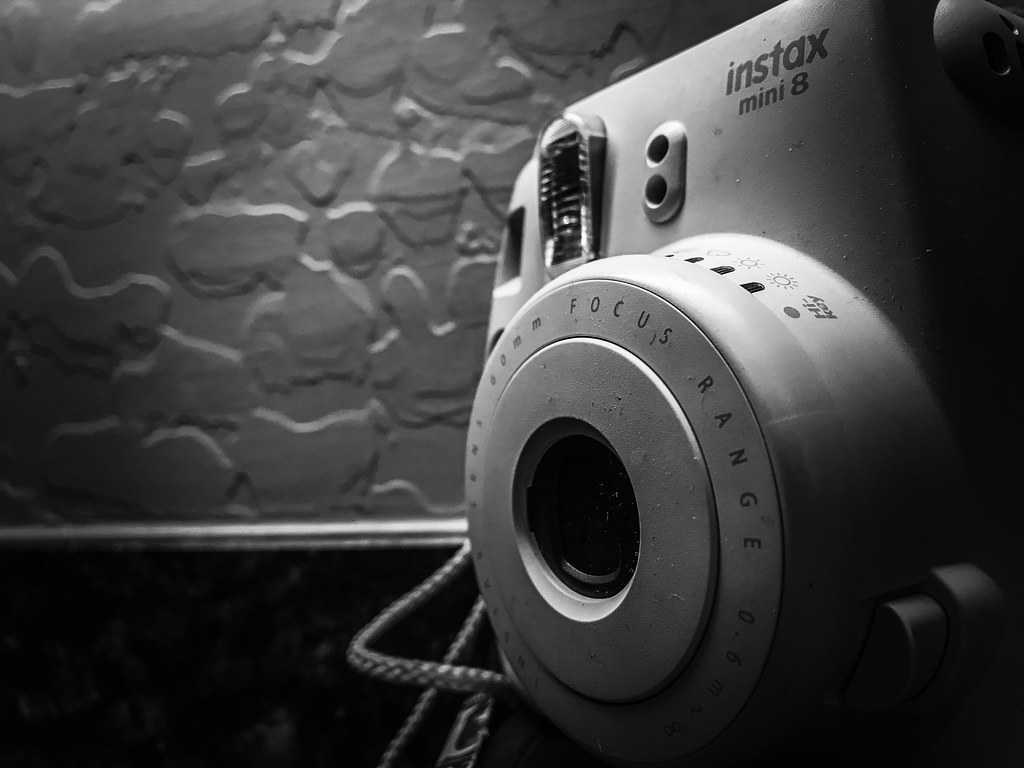 A nice surprise to learn this made Flickr's Explore for today.

Remember back in April when Smugmug acquired Flickr? Good times they were. Six months on, Flickr still tied to Yahoo's auth platform and no real mention of anything new feature wise. Slow and steady wins the race?

This week we finally got some news. One of the announcements, a change to free accounts, has had a mixed reaction online. But I don't think the change is a bad thing.

When I joined Flickr in 2004 free accounts were only allowed 100 photos, if you wanted more you paid a yearly fee for that. Clearly 100 wasn't enough for me and I've been a paid user for well over a decade. In 2013 Flickr announced a whopping 1TB of storage for free accounts. Which sounded wonderful at first. But in reality it meant a few things. (1) Yahoo were clearly interested in ads and data mining for revenue. (2) Yahoo were spending a lot of money on infrastructure (3) Folks started using Flickr as a dumping ground for all the shots from their SD card.

Fast forward to 2018 and Smugmug's announcement of (a) return to free account limits (b) a focus on paid accounts and sustainable revenue model. As I understand it, of the 100M Flickr users, 3% of those with a free account have more than 1000 photos. Those folks will be encouraged to upgrade. Seems worth it to me? Paying less than $5 a month for unlimited high res photos is a bargain.

So I'm encouraged and excited for the future of Flickr. A sustainable business model, no ads for me or anyone browsing my page, no algorithmic timeline, no creepy data mining behind the scenes. What's not to love? 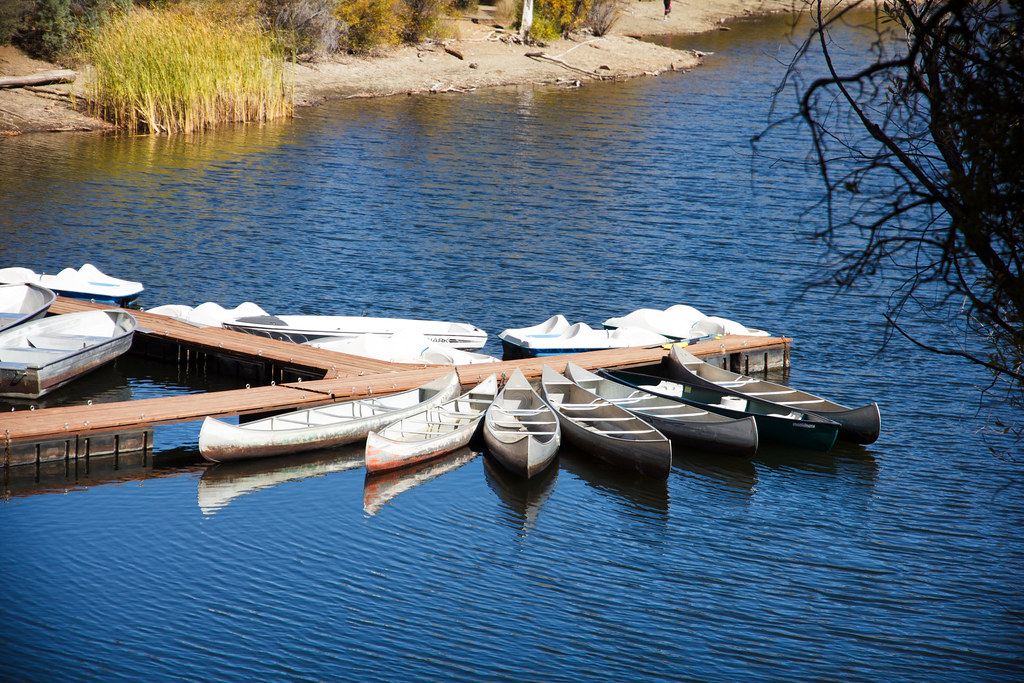 Surprised that this shot also made Flickr Explore so that was nice to wake up to.

It's What Life Was All About 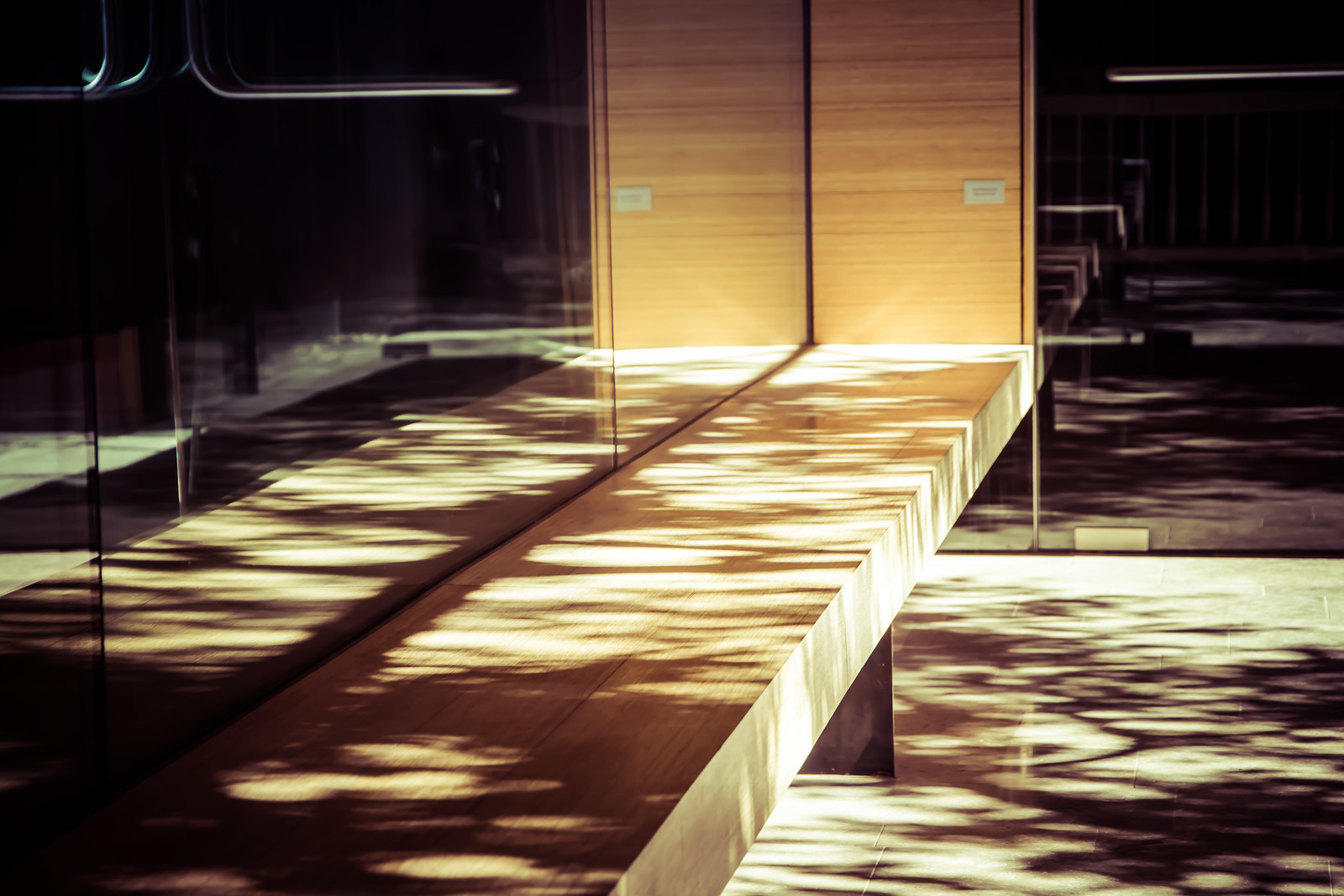 Another from the vault. I just love the shadows in this one. Finding the right part of the day to capture this kind of thing is often a very pleasant accident.

And as a nice surprise, this one appeared on today's Flickr Explore.

I've been a Flickr user since 2004. It's still one of my favorite internet hangouts after all these years. Sure some of the old guard have stopped uploading or moved elsewhere, but the Flickr community is still going strong. I actually have more engagement with my photos now than at any other point since I created my account.

My photography habits have changed dramatically over the years. I've learned a lot, both about what I like, and how I want to shoot it. I almost entirely shoot on my iPhone theses days.

"The best camera is the one you have with you"

And it's so true. The quality of the iPhone camera has increased so dramatically, and the convenience of it means that I really don't miss my DSLR all that much.

I've also learned that I have so much to learn. There are some amazing photographers on Flickr and I find myself bowing and saying "wow, that's clever" on a daily basis. I spend a fair amount of time finding photographers I like and going through their library of shots. I tend to favorite many photos from other people. And this week marked a little milestone as I just passed 100k photos from other people that I've given the favorite click to over the years.

So here's to many more Flickr years, another 100k shots from others I love, and the inevitable change in photography habits all over again.

Across An Empty Room 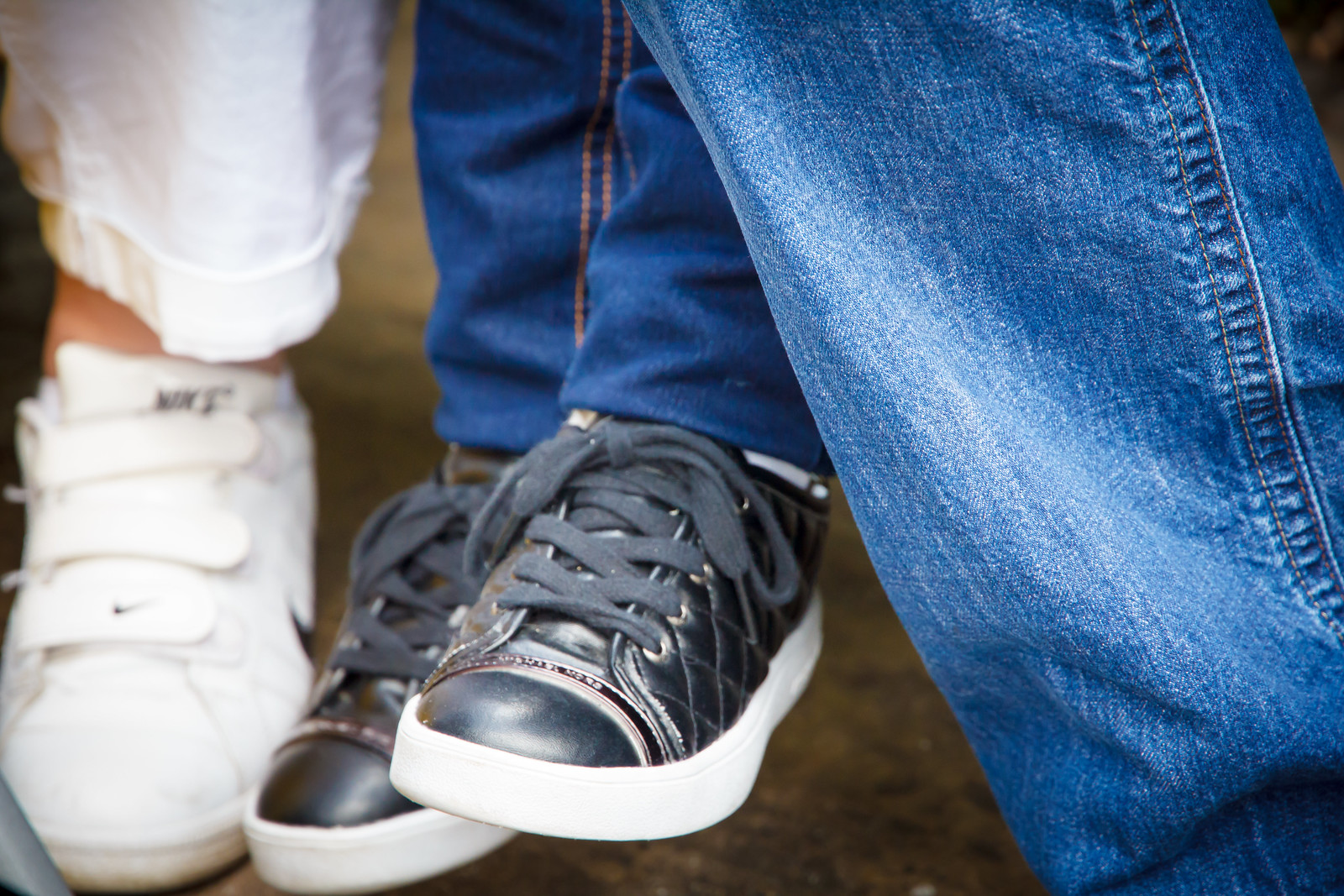 Another nice surprise as this also made Flickr's Explore yesterday. 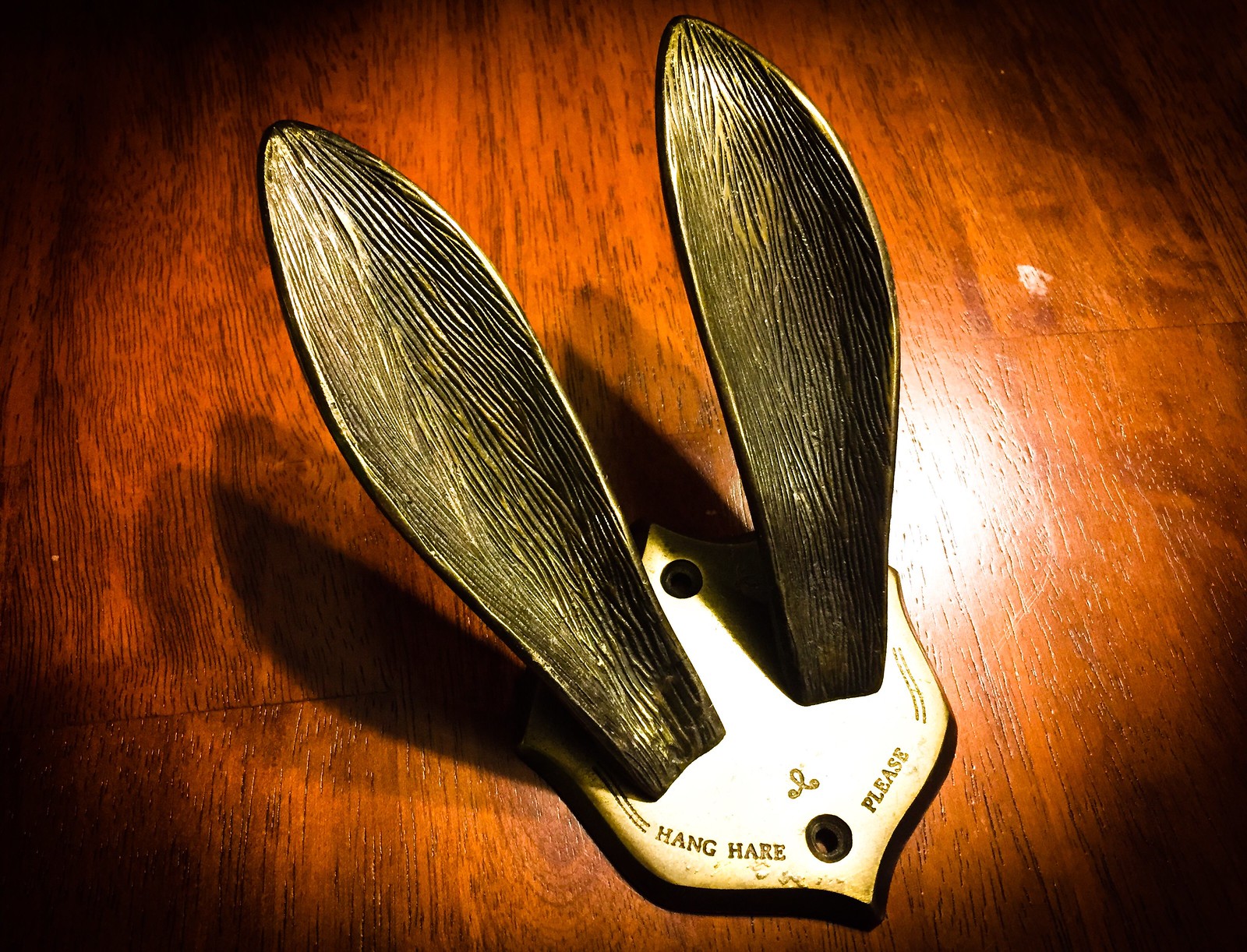 Hang hare. Geddit? And wouldn't you know it, as a nice surprise, appeared on Flickr's Explore today. 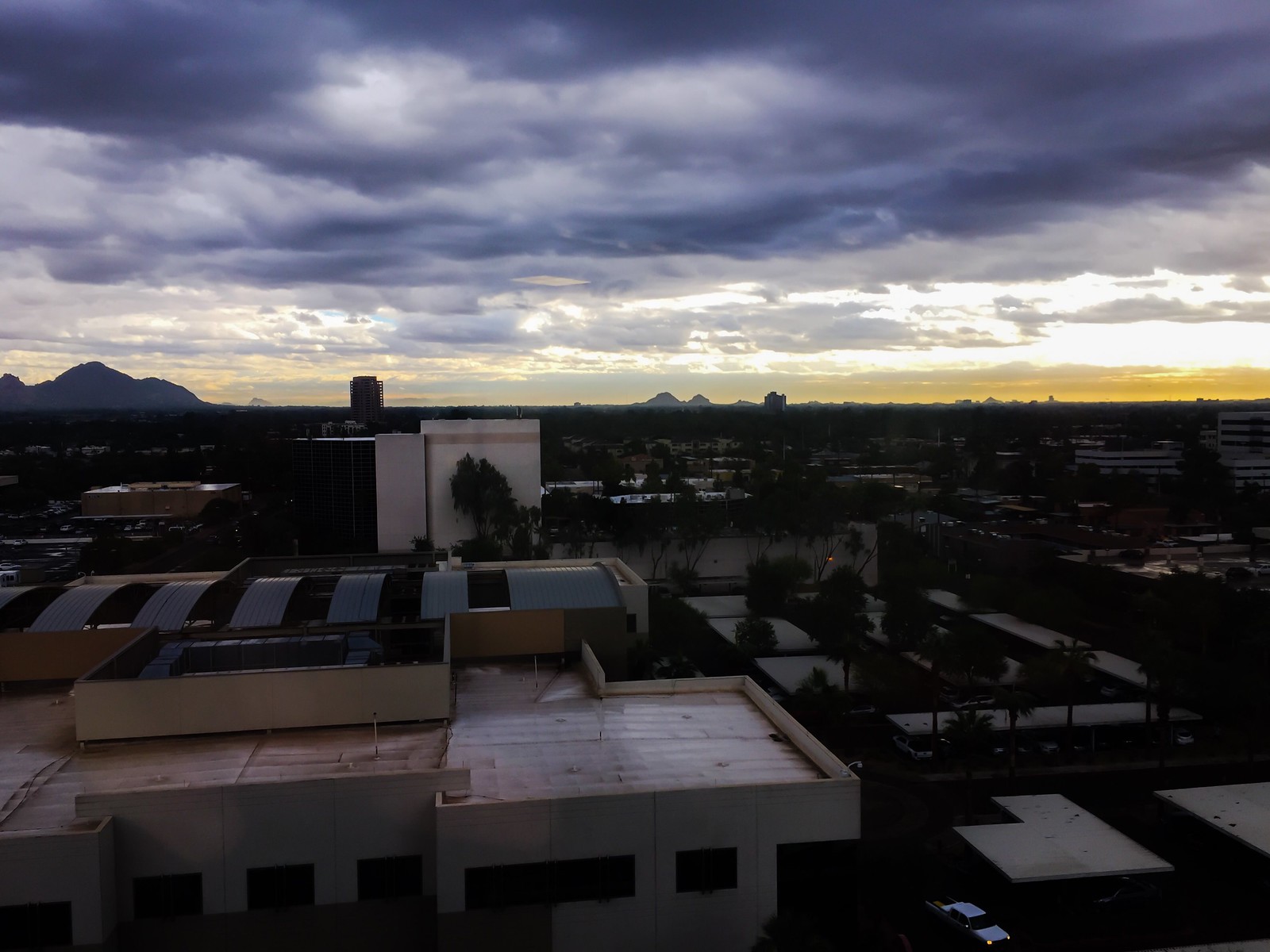 Yesterday a storm came through the metro Phoenix area. Photos don't do it justice but the view from my office was fantastic as the sun began to poke through. Also a nice surprise to find this shot featured in Flickr's Explore. 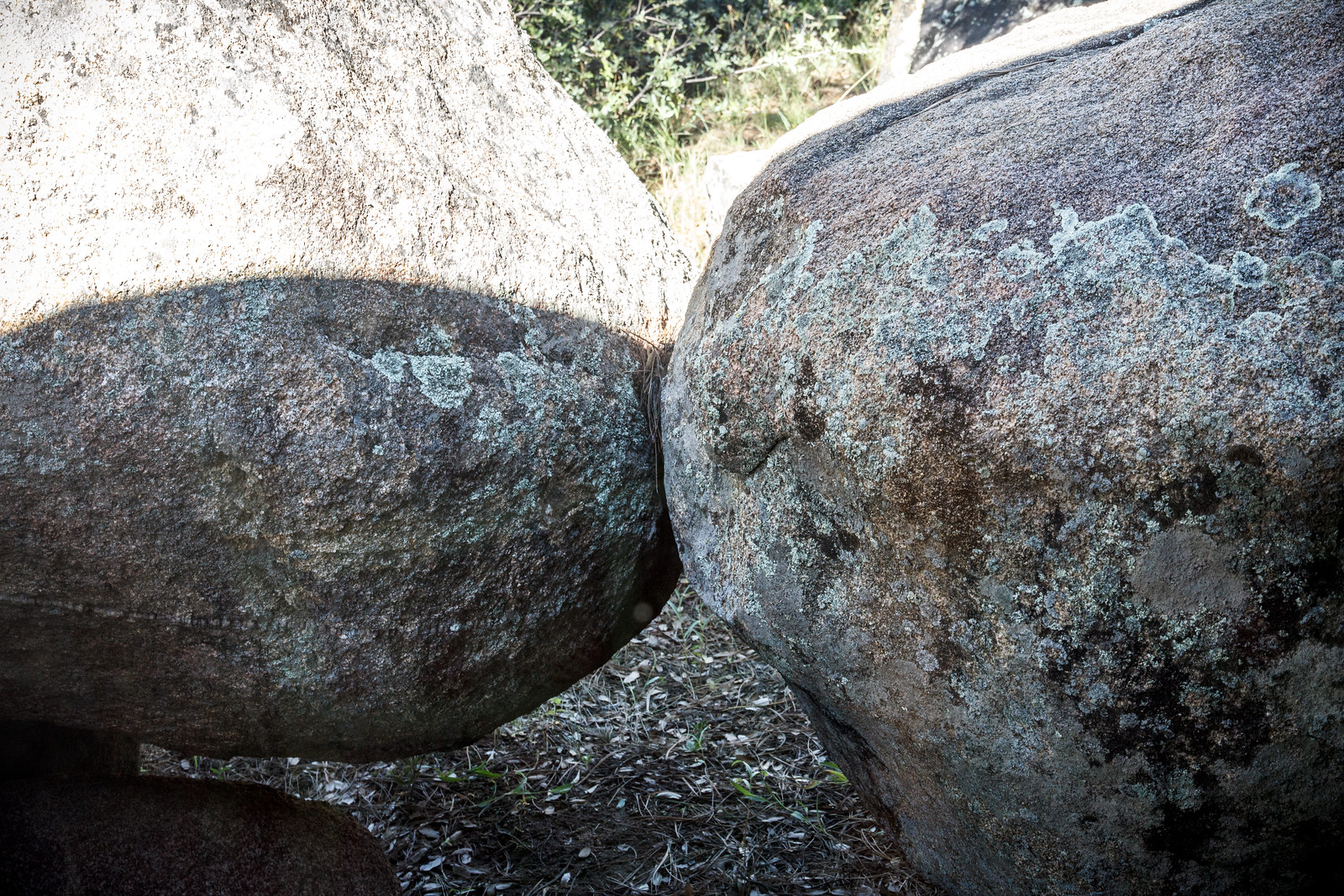 A nice surprise this morning to find this shot was featured in Flickr's Explore.

I'm somewhat conflicted about what to do with Flickr.

You see, I'm mad at Yahoo; Flickr's parent company. Both for the massive data breach, and the installation of an email scanner while trying to hide it from their security team. Read about lots of people downloading all their photos from Flickr and closing the account in disgust. The digital version of taking their toys and going home.

My gut reaction was to do similar. But I have 12 years invested in Flickr. All those sets curated lovingly by hand, the 75k photos I've added to my favorites, and the code I've written. Flickr is so integral to my photography workflow that I couldn't imagine not using it now.

Besides, where else is there to go?