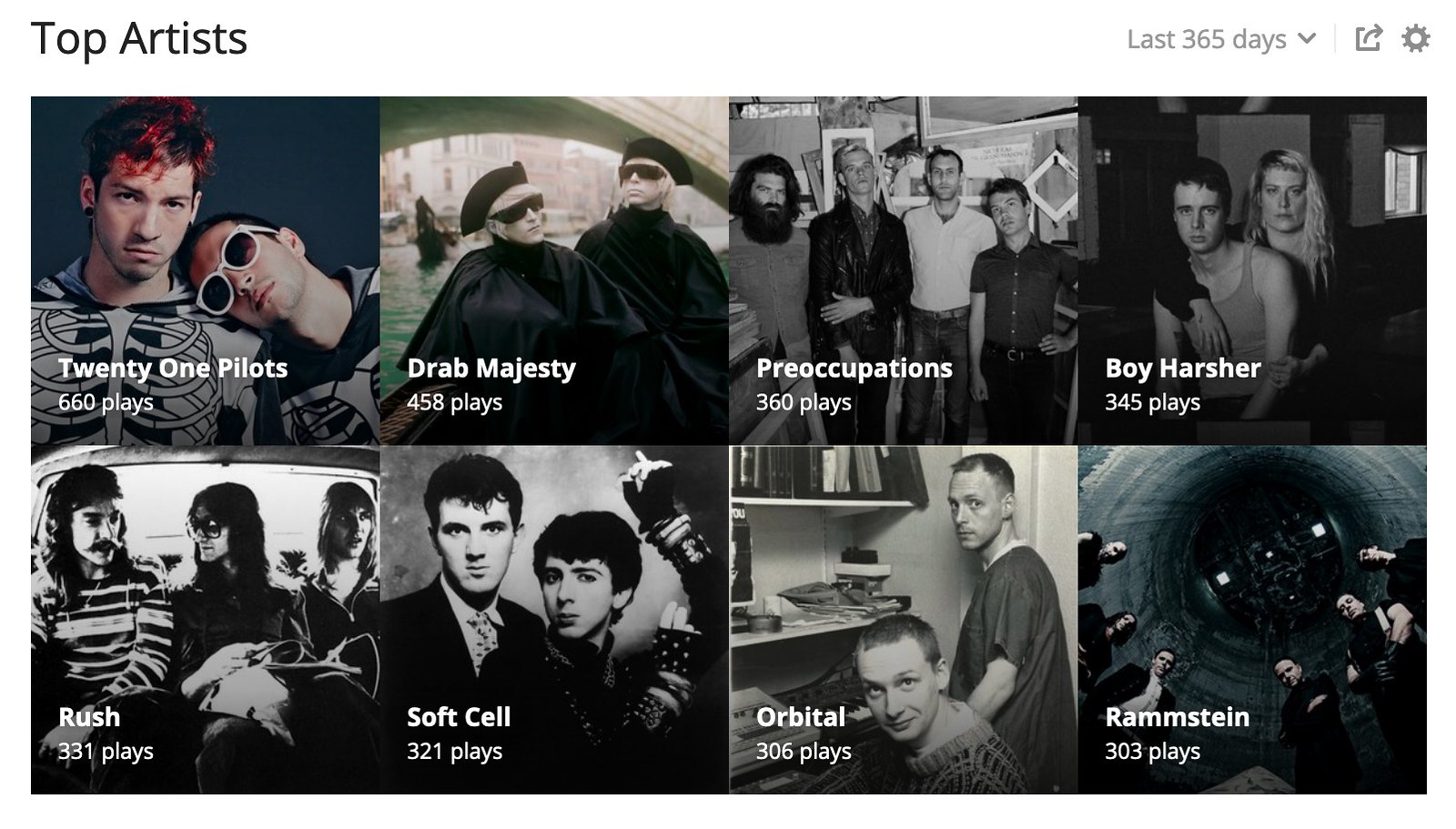 The kiddo loves her some Twenty One Pilots so they’re usually a goto when we're driving to school. Hometown and Cut My Lip are two favorites.

The new Drab Majesty album this year was particularly good. I saw a bloke with one of their t-shirts in Starbucks the other week and got chatting about gigs we’ve been to.

Keychains & Snowstorms is Soft Cell’s 10 disc box set. And it’s amazing. The remix of Meet Murder My Angel is sublime. Bless Spotify for having it.